The History of Tights, Hosiery and Pantyhose 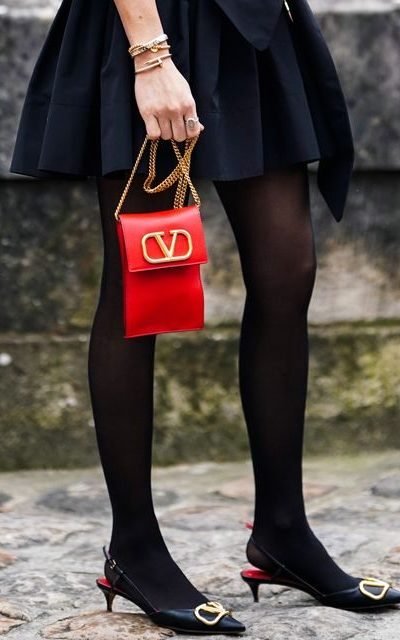 Tights that we now them today were created by a man named Allan E. Gant in the 1959, but people have been wearing hosiery for much longer. Wearing tights used to be strictly reserved for members of the upper classes during the 15th and 16th centuries. Made from many different types of cloth, they were used by men who wanted to keep their legs warm in a time where pants, as we know them today, had not been created yet.

But lets get more into the details about history of tights, hosiery and pantyhose, to know it better! Trust me its an interesting story. I will tell you what Queen Elizabeth has to do with hosiery and how nylon changed all elastic tights industry.

The true pioneer of elastic tights actually were leggings for a men. In the very beginning attached at the belt, they were improved to become one piece of clothing by sewing a gusset in between. Then invention of revolutionary knitting machine made manufacturing using cotton, linen, wool or silk possible. Women started wearing hosiery more during the 16th century, after Queen Elizabeth I made it popular. Skirts were not an option back then, so the use of hosiery was mostly for comfort and modesty.

If you will check some pictures captured before 1920’s, you will notice that women almost in all pictures are covering their legs. Almost all dresses and skirts where generally to the ground. Of course there was some exceptions in sports and entertainment. Hemlines for women began to rise in 1920’s , exposing their legs to just a little bit below the knees. So all history is related to changes in styles of women’s hemlines.  Not having to hide their bodies anymore, women turned to tights and started using them as a fashion accessory. As a result, silk tights became very valuable.

Silk is not the most affordable fabric, though, so this made the invention of nylon. In 1938 company named DuPont invented nylon and it was a key step in the rising popularity of tights. DuPont sold millions of Nylon tights the first year they were introduced. Nylon was cheap to make while also being able to conform to one’s body shape much better than silk. During 1940’s and 1950’s it was possible to see nylon stockings on every stage. All actresses, dancers musicians and other performers were using them. To look sexy and attractive of course.

All of this helped create the environment that Allan E. Gant took advantage of, introducing the “Panti-Legs” in 1953.  On the market they showed up only in 1959. During these 9 years mister Ernest Rice managed to invent his own design for tights similar to those we are wearing today. He submitted a patent in 1956, but later after its own death patent was upheld.

This made it possible for women to wear even shorter clothing and show off their thin figures more. As women were welcomed more into the workplace, pantyhose also became useful for those who wanted to show modesty and professionalism. In recent times, pantyhose have become less popular due to clothing standards becoming much more relaxed than they once were.